The analogies between sport and HR are obvious. Teamwork, a positive work environment and diversity are some of the characteristics of successful teams, in sports as well as in business.

The English Premier League is perhaps the sports competition where managers are most tested. The stakes are high, the EPL is a multibillion £ business, and managers who fail to perform are ruthlessly fired, not infrequently the same season that they were appointed. The average tenure is just over a year. Thus, to survive in this highly competitive environment for 25 years at the same club is something of a miracle. During his long spell in charge, Alex Ferguson helped Manchester United become one of the world’s biggest sports brands and assembled a total of 49 trophies.

What are the secrets behind his successful leadership over a sustained period? In his book Leading, Sir Alex talks about the key skills he values most: discipline, control, teamwork and motivation. He also addresses subjects like delegation, data analysis and dealing with failure.

A renowned people manager and a team builder, Ferguson could also be ruthless if needed. He showed David Beckham the door when his star player became bigger than the team, and his “hairdryer treatment” of players he was unhappy with – scolding someone with his face inches apart from his victim’s – was notorious. Ferguson’s main achievement is, probably how he managed time after time to build a new winning team with young players. In his own words: “If I were running a company, I would always want to listen to the thoughts of its most talented youngsters, because they are the people most in touch with the realities of today and the prospects for tomorrow.” 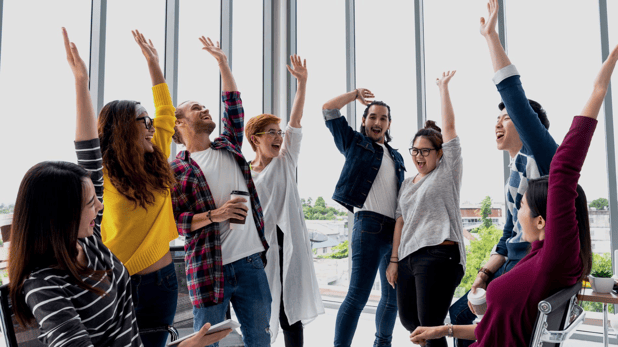 Looking at Alex Ferguson and other successful sports managers, we can learn loads from the way they handle challenges that business managers also have to face daily.

Although the wages in the big sports leagues are astonishing, money is not the only reason for top talents to join a team. The brand reputation is often a decisive factor. Playing style and club culture are among the core values that build a sports brand. Just like how your company’s core values and the way you communicate them define your profile in the job market.

If you follow soccer, you will probably agree that one extraordinary talent can make a decisive difference on the pitch, for example, players like Messi or Ronaldo. If you are into American Football, you will think of a guy like Tom Brady. But, team chemistry is more important than individual talent. As any coach can tell you, a team that works well together will always beat a more talented team that does not. A sports team needs the right balance to be successful, and this asks for diversity - attackers and defenders, creative geniuses and diligent workers. The same goes for your company. In Diversity in the Workplace, a Work in Progress, you can read more about the benefits of a diverse workforce.

Bringing out the best in their players is one of the most important jobs of any sports manager. At the higher levels, an array of diagnostic tools is used to monitor and improve individual performance. Performance management in HR should be similar. Analyze your employees, identify their strengths and uncover their weaknesses to help them improve.

A sports coach will not wait until the end of the season to tell a player that he needs to work on his jump shot or tackle. In fact, he may be jumping up and down and biting his nails in the dug-out, because he sees things happening on the pitch that he cannot change from the side-line. Clear and immediate communication is where it all begins, in sports as well as in business. As an employer or HR manager, you may sometimes feel like a coach on the side-line, especially if you want to get urgent messages over to non-desk employees.

Just as in sports, where wireless communication is becoming more and more common, technology can provide a solution. A growing number of companies employ a mobile communication app to quickly and effectively reach every employee whenever the need arises.

Coaching a sports team is probably the purest form of leadership. That is why successful sports managers can be inspiring for business leaders. Their target is the same: outdo the competition by building the best team. And the same vision, leadership qualities and communication skills are needed to be successful.

Interested to know how to effectively communicating with and engage a millennial and Gen Z workforce? Download our eBook here! 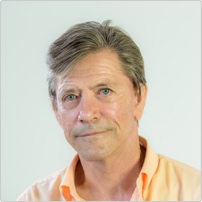 Rob is a content writer, copywriter and novelist. His work for Apple, WWF, Mercedes-Benz and many other brands has been awarded with prestigious creative awards.