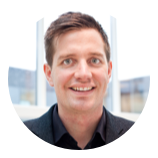 Last April, the global coffee giant Starbucks was sucked into a conversation about racial bias when an incident took place at one of their Philadelphia restaurants. The manager of the unit accused two African-American men of trespassing; police were called, the men were wrongly arrested, and the outcry was nationwide.

But what was initially a major blunder for Starbucks was managed positively when, as a response to the incident, the coffee chain closed its 8,200 company-owned locations across the US for a day of diversity training. Media conversation became as much about the speed and extent of the crisis management as the initial incident.

And, in credit to Starbucks and the company’s management, their reaction has gone beyond a publicity stunt and is still impacting the way they do business - and communicate internally - today.

Hopefully, your company won’t ever be dragged into such a controversy, but there are still lessons that all communications professionals can take from Starbucks’ crisis management communication playbook.

The incident took place on April 16, with #BoycottStarbucks already trending by the end of the day. Starbucks announced the nationwide diversity training the very next day, and ran the training the following month.

This didn’t just make sense in terms of PR; it was a smart business decision too. “The one thing I do know for sure is that our approach to this will pay long-term dividends for Starbucks,” said CEO Kevin Johnson, who explained that the incident hadn’t affected that quarter’s earnings.

Be transparent and open to criticism

So many organizations see all criticism - whether it comes from customers or from their own employees - as entirely negative and something that must be defended against at all costs. Starbucks saw this incident as a mirror and an opportunity to grow. As a result, the coffee chain recently released a complete 60+ page report entitled An Examination of Starbucks’ Commitment to Civil Rights, Equity, Diversity, and Inclusion.

And, of course, the company published this externally for the world to see.

That report, created by legal firm Covington & Burling LLP, made numerous recommendations, including:

Of course, Starbucks can’t close the doors to all its stores every time they need to roll out new training, so the chain is looking towards technology to deliver targeted training to its employees at specific times.

"Speakap insures adoption, usage and targeted reach for our organization, which has been invaluable." Roosje Boom-Van Gelder, Commercial Director, Moovs

Make it easier to find policies

The best, and ultimately the most cost effective way to manage internal crisis communications, is to make sure crises don't happen in the first place; and, on that point, another recommendation made by the report was to “make it easier for employees to find information regarding discrimination and harassment policies.”

It’s one thing having training manuals, in-depth policies and guidelines for dealing with potentially disruptive customer situations, but does your entire workforce know where to find them and can they access them quickly?

Internal comms software, or a mobile internal employee communications platform provides that single point of reference, as well as giving senior management an opportunity to post messages that preach diversity and inclusion.

In his book Hug Your Haters, business strategist and best-selling author Jay Baer argues that embracing those who criticize your business is the key to helping you grow. The two men at the center of the Starbucks controversy last year, Rashon Nelson and Donte Robinson, had more reason than most to be critics of the brand; however, Starbucks used their experience to spark an internal conversation, included them in the diversity training, and the Starbucks CEO has offered to mentor the two young entrepreneurs personally. That approach has turned them from potentially loud haters into ambassadors.

Occasionally, when we talk to potential customers, they tell us that they’re reluctant to introduce an internal employee communications platform with a mobile internal communication app that encourages open, transparent communication within their organization as they’re worried about what employees might say! Smart companies see this as the opportunity rather than the problem. An internal communication app can surface issues with company culture, training or even products long before they impact upon the customer; we hear time and again about improvements that surfaced due to comments or posts on Speakap and have now been rolled out company-wide. This speaks to the value of internal communication mobile apps that allow and encourage two-way interaction - not only when there's a crisis, but every day.

How To Introduce An Employee App in a More Traditional Company

The Best Ways To Onboard Retail Employees