How to lead a team: 7 lessons from international football management

Each international team competing in the World Cup in Russia this summer will consist of a squad of 23 players. In addition to the players, there’ll be teams of physiotherapists, fitness coaches and nutritionists, maybe even chefs, communications staff and coach drivers.

And in the centre of this storm of activity and mayhem will be the head coach. Under the scrutiny of the world’s media, he’ll be expected to conduct this vast orchestra to a successful outcome.

It’s strange that we rarely correlate success on the sports field with success in business, especially where management is concerned. But there are a lot of lessons to be learnt from those who thrive in managing under the spotlight of intense pressure that major tournaments bring. 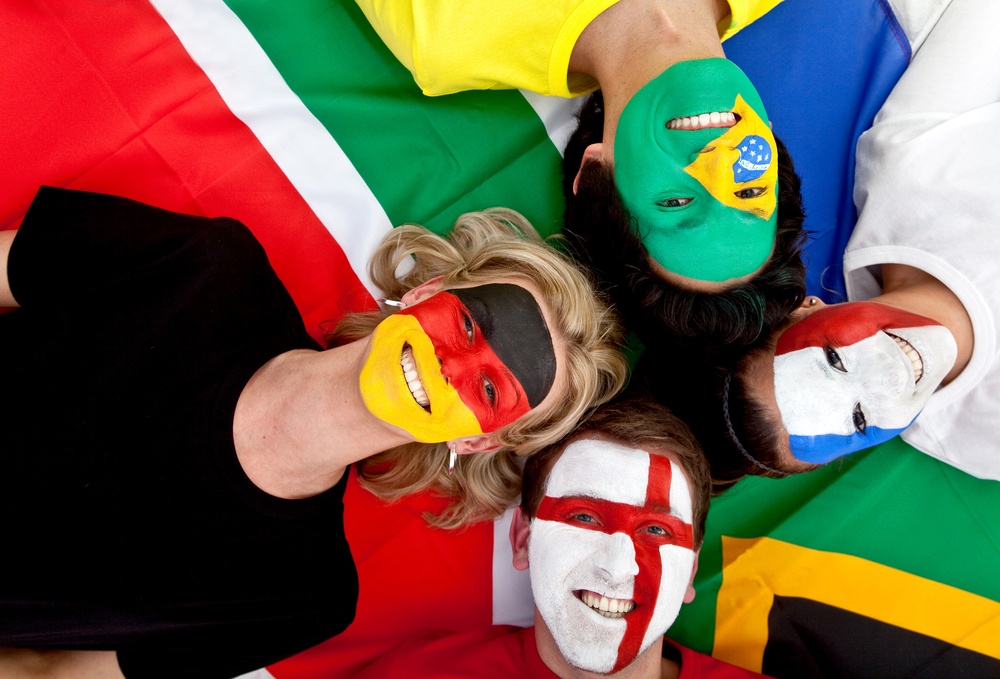 Lesson #1: Be obsessive about the details

What do Mauricio Pochettino, Diego Simeone and Pep Guardiola have in common? They all consider Argentine manager Marcelo Bielsa to be the most influential coach in world football. And during Bielsa’s unsettled career, he’s enjoyed successful stints managing the Argentina and Chile national sides.

Known as the “madman”, Bielsa is famous for an attention to detail that goes beyond obsessive, watching games multiple times on video before providing detailed video instruction to players; he often coaches the different units of his team - goalkeepers, defenders, midfielders, attackers - completely separately and at different times so they can focus on their own formations, and only put it all together on match day.

Imagine a manager with the same obsession on customer experience, who managed and mentored store assistants differently from merchandisers and realised that the expectations on bar staff are very different from those placed on receptionists.

Lesson #2: Commit to a long-term plan

They’re used to success on the pitch in Germany, but the national team came back from Euro 2004 on the back of some disappointing performances. Jürgen Klinsmann was named manager and, along with his relatively unknown new assistant manager Joachim Löw, he went about implementing a new philosophy for German football based on attacking football, developing youth and working on the mental strength of players.

When Klinsmann left the set up two years later, the German FA appointed Löw as head coach, opting for continuity and belief in the system rather than a more fashionable big name coach. They've been rewarded by a decade of international success since.

Many employees feel disengaged due to employers who seem to continually chop and change strategy and direction, while never actually communicating the reasons behind those changes. A long-term vision allows everyone to get behind the plan, and makes promotion a case of succession-planning rather than needing to recruit managers externally in the hope they can provide the necessary new direction shifts.

Lesson #3: The manager is not the star

Vicente del Bosque won the Champions League and La Liga twice with Real Madrid, before going on to oversee the most successful period in the history of the Spain national team when they won the World Cup in 2010 and the Euros in 2012. Yet little is written about Del Bosque’s management style, and critics would argue that he was fortunate to manage the Galacticos era Real Madrid when the team was packed with the biggest stars on the planet, and a national team that featured Xavi, Iniesta, Puyol, Villa and Ramos.

However, as many sporting and workplace teams will tell you, having a group of high achievers doesn’t always equate success - especially if the manager also wants to stand out. Del Bosque’s genius was in quietly providing a platform for his talented team to thrive and not allowing his ego to intervene. 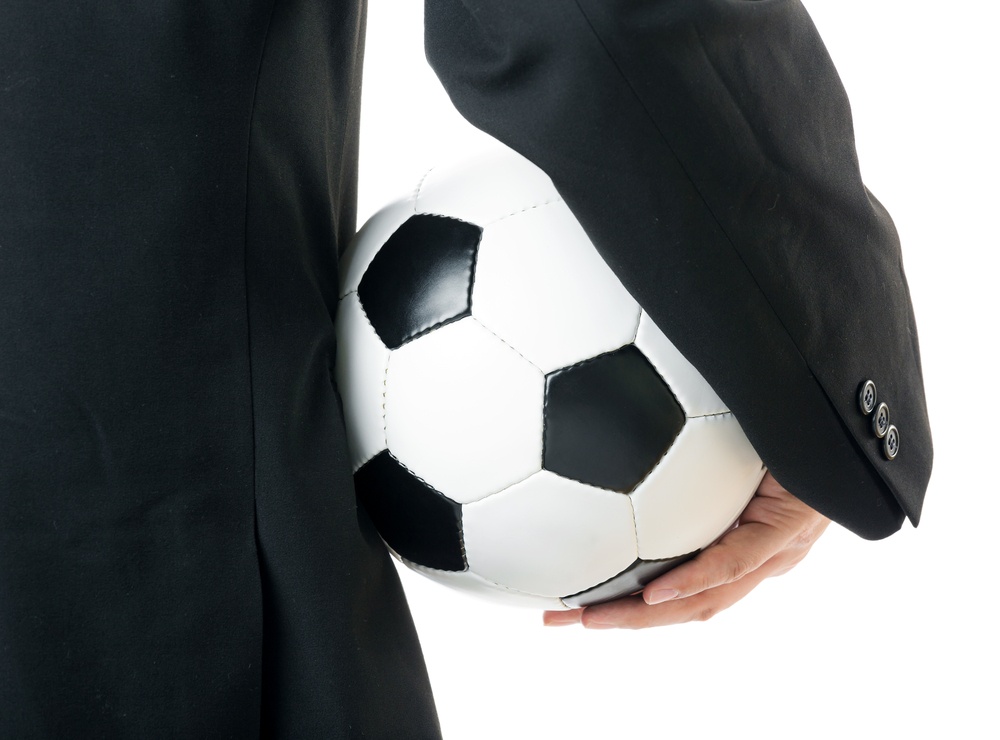 Lesson #4: Great teams play for each other, not themselves

After an enormously successful club career at Juventus, Marcello Lippi coached Italy to World Cup victory in Germany in 2006. Lippi’s approach was essentially a precursor for the most modern of business management philosophies, as he emphasised team spirit over individual abilities, and placed huge importance on the relationship between players. Lippi saw football as a selfless team sport, drawing the analogy between a well-functioning team and a psychologically healthy family unit.

If this all sounds appealing, maybe ignore the next flavour of the month business book and pick up a copy of Lippi’s A Game of Ideas: Thoughts and Passions from the Sidelines instead.

Hristo Stoichkov was arguably the greatest Bulgarian player ever, a whirlwind of energy, guile and skill who helped Barcelona to four La Liga titles in a row. However he was a horribly awful manager. He didn’t only fail to get Bulgaria to qualify to the 2006 World Cup; he didn’t just get sent off against Sweden for insulting the ref; but his fiery temperament also led to three players (two of whom were captains) refusing to play for the national team under his management. Admit it: we’ve all worked under a Stoichkov before, right?

Conversely, Arrigo Sacchi features amongst the most influential coaches the beautiful game has ever seen, building the great Milan team of the late-80s before taking Italy to within a crossbar’s width of a World Cup win in 1994. Sacchi had never played professional football and had in fact spent time as a shoe salesman before becoming a manager.

When he was questioned on this point, he famously quipped: "I never realised that in order to become a jockey you have to have been a horse first."

Lesson #6: Have a view of the bigger picture

No international football coach has managed more matches with the same team than Uruguay’s Oscar Tabarez who had a two-year spell in charge between 1988 and 1990, then returned in 2006 and is still there now.

When returning in 2006, Tabarez established the ‘Proceso’ - a way the small nation of Uruguay to compete internationally, by involving young talent early and helping them to feel like a part of the national set-up while playing in Europe or South America’s big professional leagues.

Many companies and senior managers would do well to encourage their young part-time workers to feel like an integral part of the company, with a view to reaping the rewards in the years to come.

Ok, so we’re cheating here a little as he never actually managed a national team, but Brian Clough has often been called “the best manager England never had”. And decades before Jose Mourinho proclaimed himself “the special one”, Clough set the blueprint for self-confident managers with unwavering belief in their own abilities.

“I wouldn’t say I was the best manager in the business. But I was in the top one.”

With such charismatic certainty, it’s no wonder Clough was able to inspire an unfancied and unfashionable Nottingham Forest team to back-to-back European Cup wins. While it may not be every manager's style, there's still a place for the motivational, inspirational leader in today's workplaces.

So, when sitting down to watch one of the matches at this year’s tournament, you might now be able to marvel at the management skills being displayed as much as the undoubted talent on the pitch.