How Kia reduced employee turnover from 31 to 2% through engagement

Interested in a strategy to improve employee engagement in an organization? Learn from Kia Motors, the Korean manufacturer that decided to focus on in line-manager performance, internal communications, performance appraisal, management development and employee training. With this strategy, its British division succeeded to reduce employee turnover from 31 percent in 2006 to below 2 percent in 2009.

Kia Motors UK also decided to remove bonuses and instead offered its employees a fixed-rate percentage. This move, which in hindsight placed Kia 'ahead of the curve' after revelations of excessive bonuses in the banking industries, was universally supported by employees following negotiations by the HR team.

"The bonus culture was creating an environment of short-termism and leading individuals, on occasion, to place personal gain over the long-term interests of the company." Gary Tomlinson, Kia Motors head of HR, said this in an interview with Human Resource Management International. "The organization was following the maxim that when a measure becomes a target, it ceases to be a good measure. In other words, the incentive itself was distorting behavior and was therefore an unsatisfactory way of assessing performance."

The complete change strategy that Kia introduced, followed a period of rapidly falling sales and increased losses. "The low levels of employee engagement were seen as both a cause and effect of the poor business performance," Gary Tomlinson explained.

Appointed head of HR in 2006, his first step was to understand the state of employee satisfaction through the internal employee survey, Your Voice. Among the weaknesses the survey highlighted were poor internal communications and low awareness of company strategy. The consequences were seen in other measures of HR. In particular, employee turnover reached 31 percent by the end of 2006, and was costing the business more than £600,000 in recruitment, legal and exit fees.

The board charged HR with reducing employee turnover and improving internal communications, the quality of feedback at appraisals, ways of recognizing good performance and respect between managers and employees. The aim was to make Kia Motors (UK) an employer of choice.

"Based on the research on employee engagement, we knew that senior and middle management were the key drivers in building engagement in the workforce, so a significant focus was on developing the people-management skills of our managers who had line-management responsibility," Gary Tomlinson explained.

All members of the management team were sent on a series of training courses to improve their management skills. The courses were built around delivering results, customer focus, communication, managing oneself or others and team-working, and the focus was on doing rather than knowing.

All managers were tested through a 360-degree assessment tool before and after attending the training. And to support implementation of the training, all managers received a management "toolkit" that included techniques built around the core competencies required of the role.

To gain buy-in to the training, it was sponsored by the chief executive. All delegates signed up to learning contracts. The chosen training partner, Techniques for Change, provided a dedicated learning-support center.

The employee survey revealed that they felt there was insufficient recognition for staff contributions. Kia therefore introduced "outstanding awards" for individual and team contributions, presented quarterly by the chief executive. Nominations could come directly from employees, as well as from managers. Prizes range from days out to balloon flights to health-spa treatments.

In addition, under a more informal recognition scheme involving line managers, employees can receive a "Kia thank you" - a simple card and small present for a job well done. This idea was inspired by Kia's "the power to surprise" slogan, which the company wanted to reflect internally.

A new online internal platform, Kia Vision, was launched. Here Kia shared key business information, presentations and more light-hearted commentary to help to build a sense of togetherness across the various departments. Quarterly employee briefings were also shared here. The internal platform also functioned as a forum where employees could raise matters of concern. Consisting of at least one representative from each department, its minutes are published for all to see.

The company also started to make more systematic use of performance appraisals as a tool for employee communication. Training-needs analyses were used to create a clear training plan for each employee, aligned with his or her career aspirations as expressed in the annual appraisal.

"Previously training was handled on a more ad hoc basis, based on the requests of the employees concerned," said Gary Tomlinson.

Kia Motors had rewritten its employee handbook and all HR policies and procedures to ensure they are aligned with the organization's cultural values. Other changes included improving employee benefits by introducing child-care vouchers, increasing holiday allowance and introducing a dress-down Friday to support a more relaxed culture.

Between 2006 and 2007, Kia Motors (UK) employee costs fell by more than £400,000, or 71 percent. "These cost savings included both recruitment and employee-related costs," said Gary Tomlinson. "This has been achieved in addition to recruiting a whole new senior-management team in 2007, including a new managing director."

Improvements had been recorded in each of the measurements of direct line-manager performance in the employee survey, and in the key indicators used to measure engagement across the business. These indicators cover areas such as internal communications, pride in the organization and relationship with the direct line manager.

The company had gained Investor in People status.

"Some of the senior-management team had reservations about investing in employee engagement," said Gary Tomlinson. "However, HR was able to present the board with substantial evidence of the link between high employee engagement and business results.

"What added leverage was the organization's own (at the time) poor performance and low levels of employee engagement. Having presented to the board and liaised with many of the senior management one to one, eventually HR gained full support for the engagement strategy.

"Central to the success of this strategy were two key factors. First was the buy-in of the board. The public commitment from the chief executive to improving employee morale in the business was fundamental to ensuring employees knew this was a major business initiative and not simply about HR pushing its own agenda.

"Secondly, the organization both used and sought to improve internal-communication channels to build engagement, thereby ensuring that there was consistent communication with management and employees so everyone understood progress and the next steps."

Kia Motors is part of the Hyundai-Kia Automotive Group - the fourth-largest automotive manufacturer in the world, with its headquarters in Seoul, Korea. The company employs more than 40,000 people in over 167 countries. Kia Motors (UK) is a wholly owned subsidiary of Kia Motors Corporation, based in Weybridge, Surrey.

The engagement strategy formulated in the UK has later been introduced across Europe and shared with the global HR team in Seoul. 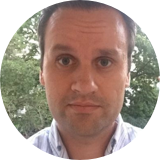 Bas was Speakap's first marketing manager. He enjoyed gaining a lot of scientific insights about the value and impact of internal communications.

How Do Others Use Events on Speakap?

Why You Should Use an Employee App to Cut Company Costs